“Making it work: Migration, motherhood and employment in ... 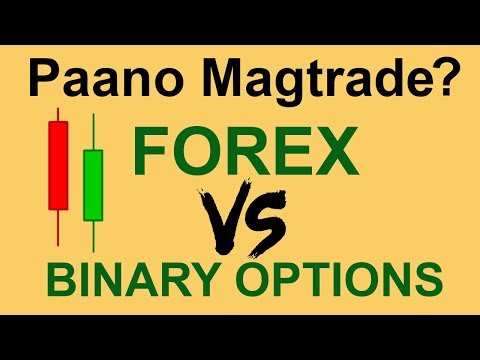 AND NOW, SOME NEVER BEFORE RELEASED PATCH NOTES FROM DISTANT STARS AND THE 2.1 “NIVEN” PATCH!
THANK YOU!

FRIDAY 21 AUGUST 2015 | NATIONAL POLITICS | CITIZENS’ PRESS
There’s finally been some activity in parliament this week. Very little of it has interfaced with the community, but at least some debates have been underway. Three new bills were introduced into the House of Representatives and could pass next week (the government’s previous commitment to public consultation has gone out the window). The first tied vote almost happened. Diplomatic relations have been extended, but the government hasn’t made any announcements. The possibility of holding any constitutional referendums at the next federal election sits on a knife edge.
Up until today, most of the week’s excitement in /ModelParliament and /ModelAusHR had come from lurker281 MP. Finally, on Friday, there has been some new play from the government, opposition and cross-benches. The deafening silence from most Government MPs has seen private members’ bills supplant the Greens’ legislative agenda. Conversely, Labor MPs’ non-participation has cost the Deputy Opposition Leader two votes in the House.
SOCIALIST ALTERNATIVE, LIBERAL PARTY & AUSTRALIAN PROGRESSIVES
The Socialist Alternative’s only sitting politician, lower house member for Melbourne Surrounds lurker281 MP, announced their departure from that party and has now joined the Australian Progressives instead. They retain their seat in parliament. An official statement from the MP is expected in parliament soon, announcing their move from the cross benches to the opposition benches. This move was due to party inactivity, not because of internal conflict (unless GuestAlt has any leaks to report).
Both the Liberal Party and Socialist Alternative are now gone from the 20-member parliament. The Greens, Labor, Progressives, Catholics and 3 independents remain.
More: [Public Forum] Lurker281, Member for Melbourne Surrounds. More: [PRESS CONFERENCE] Lurker281: Leaving the Socialist Alternative Party. More: [Press Conference] Lurker281: Joining the Australian Progressives.
IMMIGRATION PORTFOLIO: DETENTION OF NON-CITIZENS (OPPOSITION COALITION)
The week’s major policy development has also come from lurker281 MP who introduced their hotly-anticipated Migration Amendment bill, with personal support from the Prime Minister. It was their last act before leaving the Socialist Alternative. The new measures, if passed, will have budget implications and could undo the slashing of the Sovereign Borders budget announced two weeks ago. In-principle support from the government is due to be tested in parliament when the bill is debated.
Lurker281’s introductory speech (“second-reading debate”), highlighted measures for the humane processing of asylum seekers, new minimum standards for detention centres, and an option for community onshore processing. The effects of the bill have not yet been itemised in parliament, but a preliminary analysis of key provisions by Citizens’ Press reveals:


Section 4AAA Immigration detention: Declares detention centres as a last resort, to be used for the shortest time possible, and only to manage risks to the community while a non-citizen’s immigration status is being resolved (visa or deportation).
Section 38B Maritime crew visas & Section 114 Visas 7 Section 133F: Allow legal recourse relating to detention.
Section 133F & 137K Applications: Remove statute of limitations.
Section 154: Repeal some legal immunity from detention enforcement officers.
Section 189(1) Detention of unlawful non‑citizens: Limit the justifications for mandatory detention and make it discretionary, unless the person poses an unacceptable risk to the community.
Section 193 Application of law to certain non‑citizens while they remain in immigration detention: Remove limitations on legal rights.
Section 194A Temporary community access permission: This entirely-optional strategy (allowing a ‘detained’ person to be unrestrained and unsupervised during processing) was introduced by Rudd Labor but did not make it through parliament. An extensive discussion of it, including public submissions and parliamentary committee review, can be found IRL (PDF, 47 pages, 615 kB).
Section 256: Ensure mandatory advice is given to detainees rather than waiting for them to request it, so that no one misses out.
Section 508 Detention Centre Conditions: Raise the minimum standards for detention centre conditions and treatment will “require a significant increase in spending”.


The House of Representatives:


HOUSE OF REPRESENATATIVES: SETUP & COMMITTEES
Only one committee has been appointed, and it’s just an internal committee that doesn’t relate to portfolio policies. Therefore, the Setup thread remains pinned at the top of this sub.
The Procedure Committee only began meeting this afternoon. It now has a chance to deal with the Prime Minister’s motion to sack two members. It will also consider an Opposition amendment to re-arrange the general-purpose portfolio committees. Ministerial responsibility for Employment remains unclear.
FOREIGN AFFAIRS PORTFOLIO: AMBASSADORS & ATTORNEY-GENERAL’S PORTFOLIO: HIGH COURT
News remains under wraps.
SENATE
The Senate has remained mostly idle for another week, with a late start on Monday their foot off the throttle through much of the rest. It almost gave up on hopes of fully debating the National Integrity Commission and Marriage Equality bills in committee. With the NIC, Labor successfully passed a option to reduce penalties for threatening or causing harm or loss to witnesses: allowing a fine instead of jail time. It passed today the Green government’s support. A win for rich, corrupt politicians.
The controversial motion to change Senators’ terms has been withdrawn, so it never got a chance to be debated.